Over the last couple of years, trade finance units of merchant banks have come under increasing scrutiny from not only internal compliance functions across the world but also regulators. The penny dropped a while ago that all chains are only as strong as the weakest link and when it come to money laundering, trade finance has been the most obvious channel up for exploitation. If the Bankers Association for Finance and Trade has its say, that is about to change. Last week the

If anyone believes the Blockchain world of Cryptocurrencies is too outlandish for commercial banking, think again. Yesterday the Commonwealth Bank of Australia published on its main newsroom site an update about a blockchain project it has been running with the Queensland Treasury Corporation. In this prototype, the bank's internal blockchain development team configured their private blockchain platform to manage the transference of fixed income paper between issuer and inves

The 2nd Tenet of Risk Management

In fear of recent indiscretions the Canadian Government brought on scientists who were muzzled from speaking about climate change; hackers, scientists and archivists have descended upon the Environmental Protection Agency and the National Oceanic Atmospheric Administration. Their objective in this case is to protect the EPA's data libraries from being destroyed or manipulated by the incoming Trump administration. The scientists and hackers have labelled themselves "baggers" a

A new paper from the Bank for International Settlements on "Endogenous Wage Indexation and Aggregate Shocks" finds empirical evidence that there is considerable time variation in the degree of wage indexation and past inflation. More information on the BIS whitepaper can be found here [LINK]. There are a couple of things that are concerning here notwithstanding anyone who models time series, even the univariate variety, especially so it seems, will realise relatively quickly

Causal Capital is about to open up a new series of information sharing articles that we are coining "From The Class or FTC". In this FTC series, we take a look at various snippets of learning that are delivered across masterclasses we have run and discuss the key takeaways from each training session. One of the positive outcomes of running a Risk Based Audit over a conventional audit, is the tendency for auditors to mature the way in which they measure risk. There are three c 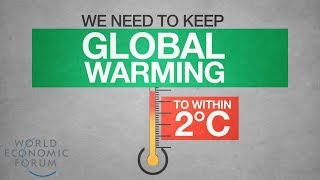 About a week or so before the Davos gathering, the World Economic Forum release their global risk report and this year like the decade behind us, the community of 750 risk management experts didn't disappoint. Typically the content of this risk report is shaped by prevailing trends that have niggled at the global risk community over the past twelve months; be those trends contagions, cyber risk or systemic banking failures. This year the risk management focus is Vox Populi Ri

At the beginning of each year, so many consulting firms, investment bankers and risk managers throw their hand in for a prediction to what lies ahead for the next calendar year. You can't really go past New Year's Eve by more than a couple of days without amassing an inbox of watch out for this or that in 2017 ... It's tiresome. The Deloitte Opinion Whitepaper on "High-Impact areas of focus in 2017" is not your typical speculative foretelling tripe and eludes to trends that a

The Bank for International Settlements released a statement this week to announce its reform deadline has slipped. Originally the global banking regulator was targeting the close of 2016 for sign off of its new Basel III requirements, but in reality, even the end of Q1 2017 would be an optimistic target. At the very least, one has to consider the world's top supervisors need to be present for an official reform approval and beyond the dispute, it's probably not so straightfor

Wells Fargo - learning from the past

Australia's AAA rating grossly underestimates the growth of concentrated risk in the country.

A new disruptive phenomenon for traditional lenders is the move beyond securitisation via derivatives to the emergence of Marketplace Lenders.